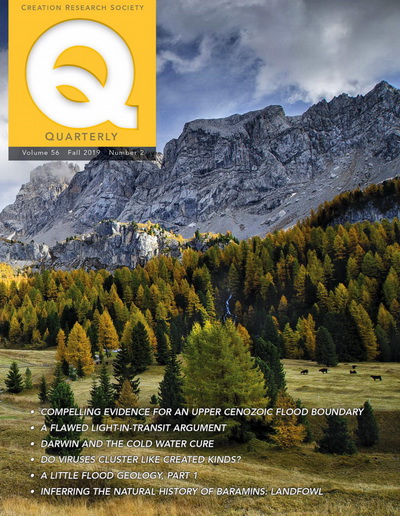 The location of the Flood/post-Flood boundary has been debated for decades. The two most commonly proposed candidates are (1) the K-Pg boundary and (2) near the top of the Neogene. In an effort to resolve this issue, we examined the Paleogene and Neogene strata in the region containing the nation of Turkey, the presumed landing site for the Ark. We found uninterrupted marine strata, such as carbonate, salt and glauconitic sands, well above the K-Pg boundary, extending from Europe to the Middle East, that entirely surround modernday Turkey. These findings lead us to conclude that the Flood/post-Flood boundary logically must lie above the level of these marine layers. We propose that the most likely boundary is near the top of the Neogene, that is, near the N-Q (Neogene-Quaternary) boundary