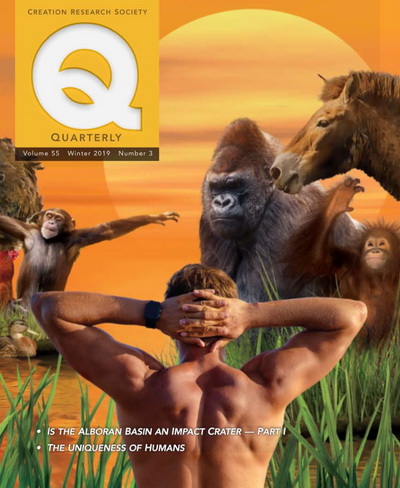 The Creation Research Society’s eKINDS (examination of kinds in natural diversification and speciation) research project has been working with a newly developed statistical baraminology tool, the genecontent method. In this paper we apply this method to several vertebrate taxa: humans, simians (monkeys and apes), two other mammalian taxa (Felidae, or cats, and Muridae—mice and rats), and two avian taxa (Galliformes, or chicken-like birds; and Anseriformes—ducks, geese, and swans). Three of the four non-primate taxa have good hybridization data, allowing us to compare our findings here to other lines of evidence. The results were largely consistent with what would be expected based on previous studies and current taxonomy, with one exception: humans are clearly distinct from all other taxa, including simians; the great apes more naturally fit in with the monkeys. These findings conflict with the popular-level evolutionary narrative that humans are closely related to the great apes. Instead, the results are in keeping with the biblical narrative that God created creatures according to their kinds, with humans being created separate from all other animals.

Is the Alboran Basin, Western Mediterranean,
an Impact Crater?
Part I: Kinematics

Understanding the geology and geophysics of the Alboran Sea Basin will contribute toward developing a comprehensive Flood model. In this analysis, I assume the described structural geology is accurate, including the thrust faults. The most unique aspect of the Alboran Sea Basin and the surrounding mountains is an extended, subsided basin surrounded by thrust faults that radially moved away from the basin. According to GPS measurements, this activity took place in an area where the African and Eurasian plates are slowly converging. The thrusts are divided into three zones with local mantle rock, ultrahigh pressure minerals, and diamonds exposed in places, indicating exhumation from depths below 140 km. Geophysical observations indicate the Alboran Basin has thinned crust, a high Moho, a high gravity anomaly, and high heat flow. Seismicity does not form any significant pattern, but unexplained earthquakes continue beneath Granada at 620 to 660 km depth. The geology indicates that after large-scale tectonics, the area was deeply eroded, depositing thick Late Cenozoic sediments in the valleys and basins. Much of the unique geology and geophysics of the area is unexplained by uniformitarian scientists.