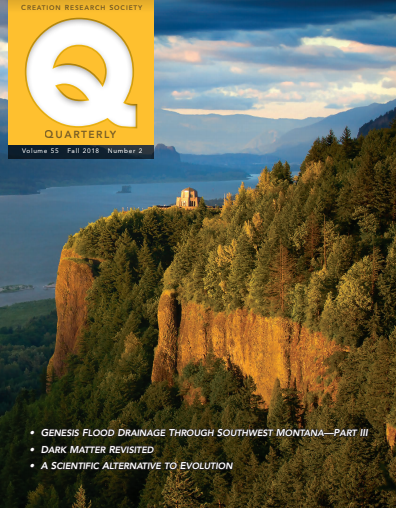 The relationship of dark matter to a creationist perspective of the universe was evaluated in an article in the March 2000 issue of the Creation Research Society Quarterly. It is interesting to note that even after seventeen years of intensive searching since that article was published, no one has directly observed dark matter or provided a definitive theory to what it is. Its existence and location were first based on observations of the dynamics of galaxies and galaxy clusters. More recently it has been absorbed into the assumptions by the standard model cosmology for the evolution of the universe. This article provides an updated creationist perspective on dark matter and what is and is not known about it. It addresses galaxies and their flat rotation curves; clusters of galaxies and how their supposed dark matter distribution formed gravity lenses; and how dark matter is related to the large-scale structure of the universe. It investigates the latest searches for a dark matter particle by accelerator experiments and astronomical observations. It also presents a creation-based cosmology and a possible new interpretation of the observations that originally led astronomers to propose the existence of dark matter. This new cosmology and its new interpretation of observations question the need for dark matter in a universe created only 6000 years ago.

Uniformitarian science has been unable to explain wind and water gaps, but they are easily accounted for by the recessional stage of the Flood. Eight water gaps and three wind gaps in southwest Montana confirm that the three major and one minor uniformitarian hypotheses fall short, while the Flood provides a reasonable explanation. This model is further supported by other features examined—large slack water and eddy gravel bars, whose size and placement require drainage of great proportion, like those formed by the Lake Missoula Flood.