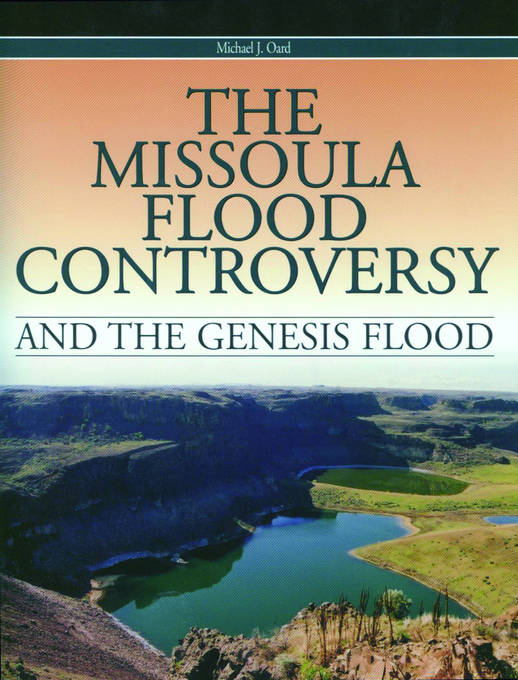 The Missoula Flood Controversy and the Genesis Flood

One of the most spectacular floods in prehistoric times, besides the Genesis Flood, was the great Lake Missoula flood, which left its mark in the Channeled Scabland of the Pacific Northwest in the United States. However, the evidence, which is now considered to be overwhelming and irrefutable, was the subject of intense controversy for 40 years before being accepted. In this book Michael Oard discusses not only the abundant evidence, which at the time was considered to be â€œtoo biblical,â€ but also the circumstances surrounding the controversy. Given such prejudices, it is not expected that mainstream geologists will ever see evidence for the largest flood of all time â€” the Genesis Flood.

Once the concept of a Lake Missoula flood was accepted, geologists soon saw what they thought was evidence for anywhere from 40 to 100 floods at the peak of the last ice age. However, Oard shows that the evidence is strong that there was only one major flood, with possibly a few minor floods. A chapter is dedicated to other ice age floods, including John Shawâ€™s paradigm-busting sub glacial flood hypotheses. Evidence for the Genesis Flood is also presented, consisting generally of new information from the field of geomorphology. Another chapter is devoted to a defense of the short time scale of Scripture. And finally, Oard demonstrates that the Lake Missoula flood also provides analogs for the catastrophic formation of mysterious geomorphological features, such as water and wind gaps.